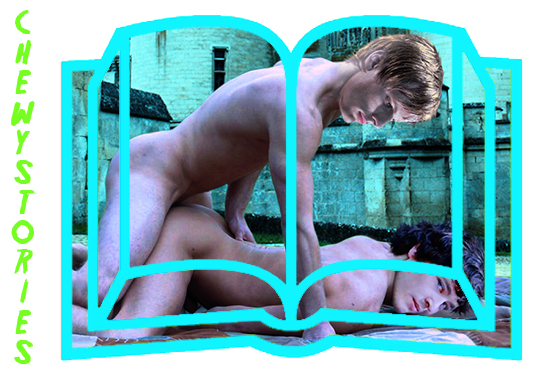 CHEWYSTORIES, the mainstay of this journal. Here I couple manips with ficlets to tell an ongoing
narrative. This has always set

Ficlet | Arthur did not quite know what to make of the boy he encountered in the forest during a mission of the utmost importance. He was unkempt and native looking, like he had lived his whole life in the very trees Arthur had been moving through with such difficulty this past week. But he also had a softness about him, and the purest complexion, whiter than the winter treetops. There was a certain mysticism about him too. In the way he dressed, part druid part warlord, and in those pristine eyes: he could not place him. And he grinned at Arthur, addressing him by name, confirming that he knew things, that he had secrets. And Arthur decided he had to know them, he would take the boy back with him and he would learn all there was to know; and what this feeling was that he had on hearing his name, Mordred, as if that should mean something, as if the destiny of Mordred and Arthur was one already foretold.

And Mordred did not disappoint. He dazzled Arthur at every opportunity with his fighting prowess, his undiminishable devotion and riddling knowledge of Arthur. He was Arthur's instant favourite, and he knew this, he paraded it with a confidence that made Arthur only want him more. This flirtation continued until one night when Arthur looked out from his chambers to find him waiting in the square. He left his queen and followed Mordred there, he then followed as Mordred led him out of the castle gates and onto the grass. Mordred then, in what seemed a single gesture, shed his clothes, positioned himself on a rug that he had laid either, placed his cheek to the fabric and presented Arthur with his ass. So smooth and white and luminescent in the moonlight. All without a word. And how could Arthur refuse such presentation? It was a dangerous move, exposed, public, but none of that mattered. All Arthur wished for was to consume Mordred, every part of him. And so, without a thought for who might be watching on this a night well-lit, Arthur joined Mordred in nakedness and entered him from behind.

Notes | Not sure who made the gifs. This entry is public as per my new open access policy. 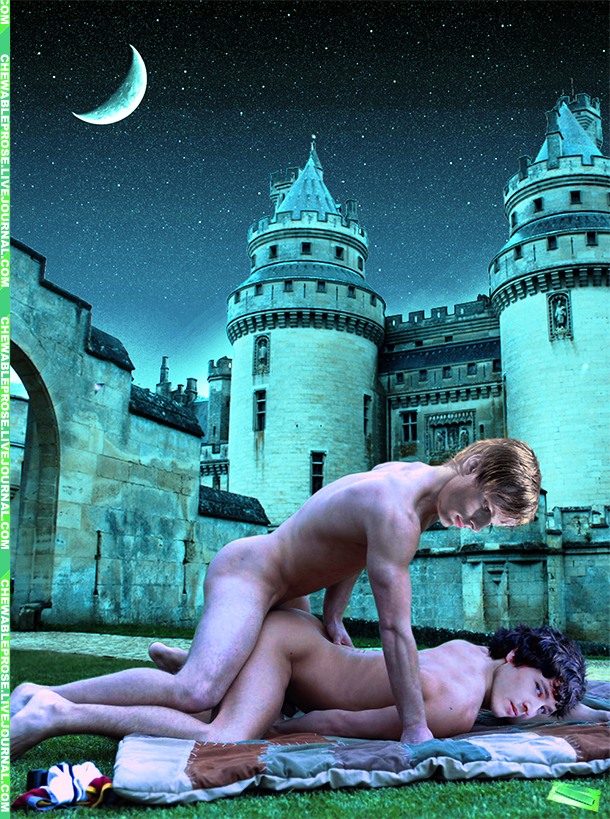 The GoldenChewy is an annual prize that reaffirms my commitment to fostering a better comment culture on this journal. It is awarded to the user with the most Best ChewyStories Comment wins in the year.

The user who leaves the best comment on a chewystories post will have the opportunity to request one manip (posted prior to my open access policy) they would like made public. In order to be in the running you must be a chewyresident and have posted your comment on the chewystories entry before I publish a new chewystories post, on which the winner will be announced and invited to choose one manip to make public. If there are no outstanding comments, no winner will be chosen.

On the anniversary of this journal (9 January), the user with the most 'wins' of that year will be invited to request a manip of their very own. Not only will I create a slash manip of your choosing (with any two characters from any fandom you desire), but you will also receive the hi-res file of your manip (and be the only one other than myself who will have it). Hopefully this will encourage more of you to comment more generously. Let the feedback begin.

zdae69 (tally: 2) for this comment, you were, once again, the only one to engage in detail with the manip and the ficlet, thank you. Keep up the effort everyone, because the final prize is pretty special.